My girls can hardly contain their excitement!  Ava and Aura have been talking about going to The Sesame Street Party Parade all week and we are just minutes away from the start.  Ava knows that there is an impressive show stop that has performers jump roping and hula hooping, all while the Sesame Street friends get their groove on and dance away.  Elmo has always been Aura's favorite since she was a little girl, and I know that she is going to go absolutely crazy when she sees him!  Adra has never seen a parade, but she is feeding off of Ava and Aura's energy and is ready to go! 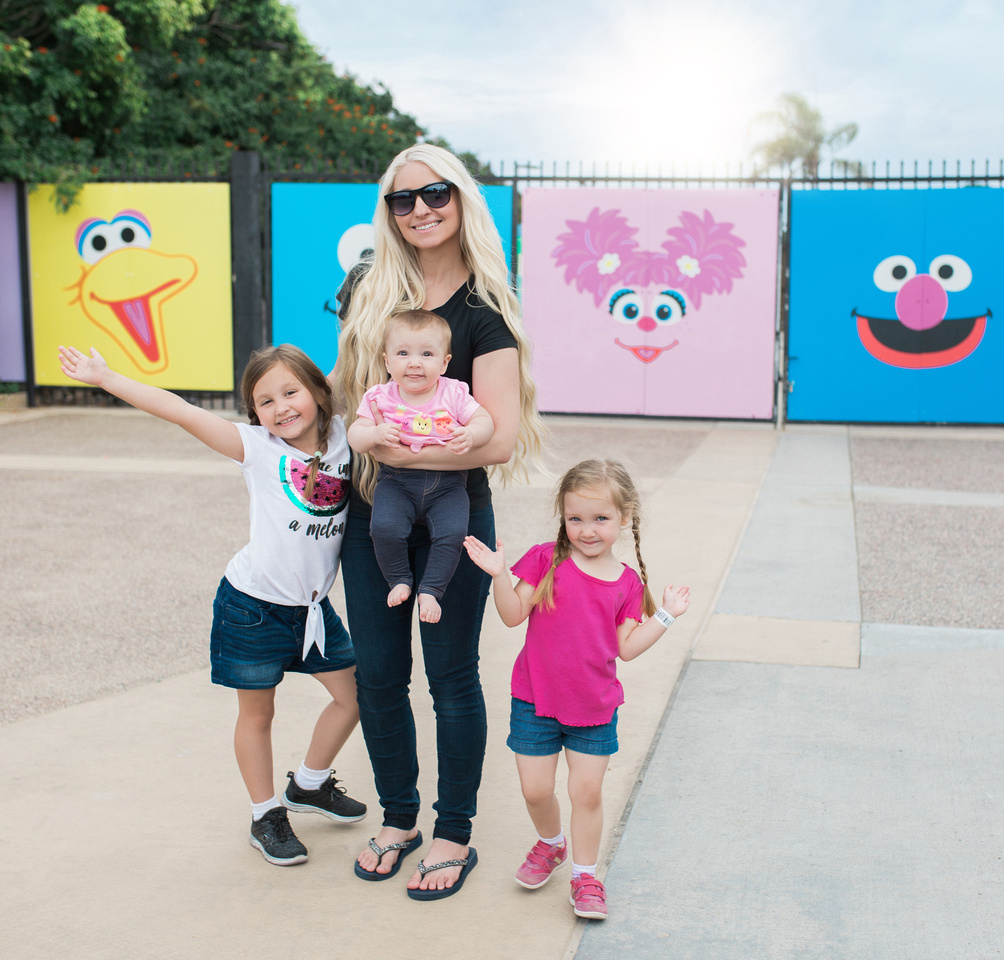 SeaWorld San Diego is the FIRST and ONLY place to see this unique parade experience in California, so it is a must see for anyone that lives in the area or if you are visiting! 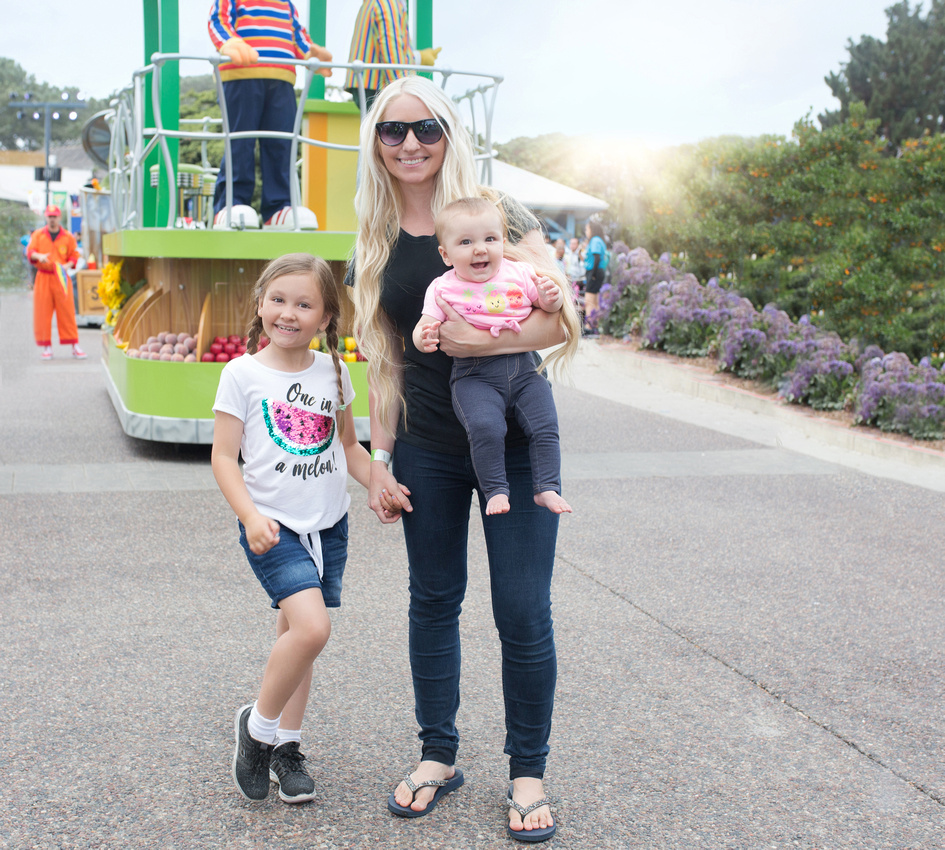 The Sesame Street Party Parade features ten larger-than-life themed floats, including Mr. Hooper's Store and the Count's Castle.  The music was upbeat, the energy was electric, and everyone was movin' and groovin'.  I'm pretty sure I caught a few other parents dancing like they were kids again also :). It is such a great feeling watching my girls rock out with the Sesame Street characters together.  This is more than just entertainment, this is exactly what family time is all about! 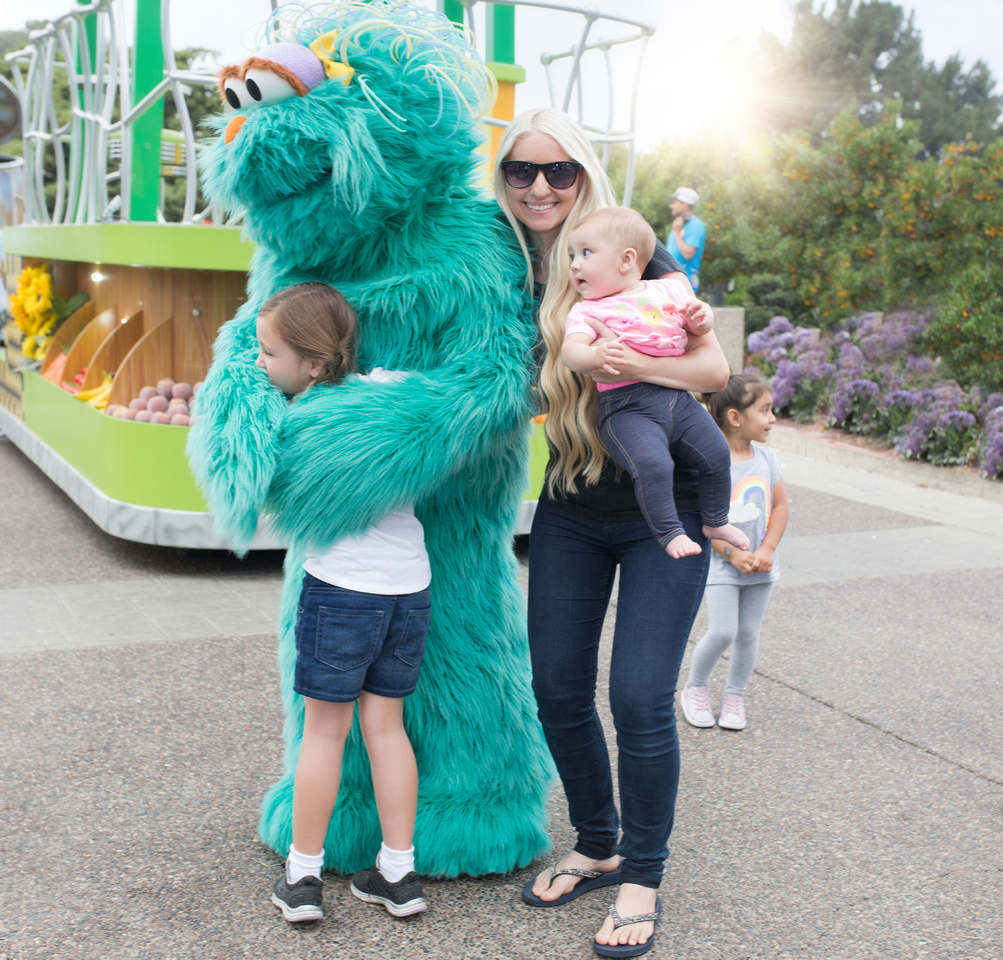 I was so glad that the girls got to see Rosita live also!  Ava was ecstatic when she had the chance to give her a big hug!  Rosita made her way through the parade showering the kids with love, hugs and high fives.  What a first parade for Adra, she was wide-eyed the entire time, giggling at the characters and she really wanted to dance along with them!  This moment will be a memory that the entire family will never forget, thank you SeaWorld!

This is a paid sponsorship by Seaworld San Diego